In mid-May, I decided to switch to Office 2007, fearing that I would eventually start receiving docs in the new formats and then be forced to migrate. The expected flow of docs has not materialized (except from a few contacts at Microsoft); however, I have persevered with Office 2007.

I mostly use three apps: Word (lots), Outlook (some, as I don't use it for email), and Excel (somewhat less). So, I know Word 2007 fairly well. Initially, I hated it and turned off the new silly ribbon. After heavily customizing the icon bar with the features I use most, I began finding the ribbon more useful, and now I leave it on all the time. In addition, my fingers are finding their way around the commands quickly. As time passes, my appreciation of Word 2007 deepens. There are many neat features in the user experience that are difficult to describe without doing a screencast. Suffice it to say that the new interface does eventually make you more productive and your documents more elegant. (I don't use the collaboration features very much, I should note.)

I'm going to stay with Word 2007, which I didn't expect--two weeks ago I was still cursing myself for migrating. Now that I am more productive and enjoying Word 2007, I can honestly ask myself: Would I recommend the upgrade to someone with similar needs? Probably not. The new features are certainly nice to have, but they're not compelling enough be the sole reason for migrating. Meaning that if for some reason, I were forced to switch back to Word 2003, I would manage fine-- but I would have to adjust to the absence of convenience features.

I am one of the little green men

In addition to my regular work, I have begun writing a monthly column for GreenerComputing.com, a site that specializes in discussing news and issues relating to environmental matters in computing.

The principal green issues in IT generally fall into three areas:

As anyone who follows the news these days already knows, there's lots of buzz about green, so this is a fun area to working in and a good complement to my traditional areas of professional focus.

Unlike the mainstream green topics (consumer, building design, etc.), green IT makes sense only if the bottom-line aspects also make sense. So, green IT operates within narrow constraints. And because of this, it lacks the moralizing dimension and is instead purely pragmatic. I think I'll like this aspect.

The open-source project I've been working on for months shipped its first milestone today. The project is called Platypus (for page layout and typesetting system) and it enables you to generate PDF docs (eventually HTML and RTF as well) from text files in which you embed formatting commands. It's reminiscent of TeX but updates many features from that system, adds ease of use (especially!), and eventually will add numerous report-friendly and developer-oriented features (such as language-sensitive code listings).

The current milestone is a small subset intended for early adopters who are interested enough to send feedback. It can do the following:

Documentation, examples, source code, intended schedule, and other resources are available at the project website. 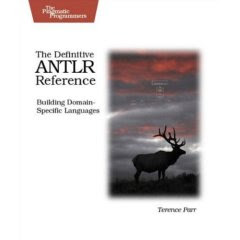