A Web Host Bill of Rights

Like many small businesses, my company (Pacific Data Works) contracts web-hosting to a third party. Actually third parties. We have two websites, one hosted at LunarPages the other at Web.com (formerly called Interland). Our main site and mail server is at Interland.

Two days ago, Web.com suffered a massive "facilities" problem that for 10 hours shut down not only hosted accounts like ours, but Web.com itself. The company's own website was off the air.
Because of this problem, all e-mails sent to us and to other companies hosted at Web.com were bounced back as undeliverable.

Everyone understands that grave things can happen in which web-hosting services are compromised, but I don't understand what happened next: nothing. Web.com sent out no notice to customers that they might have lost e-mails or apologizing for the inconvenience. I don't care about the apology although it would be nice, but I do care about not finding out about bounced emails until I started receiving word from correspondents who were surprised their e-mails to us were rejected.

LunarPages suffered a day-long black-out last year due to a power problem in their host building. They didn't notify anyone either, but they did place a long mea-culpa on their official blog, explaining the problem. However, their website still advertises that they are down less than 9 hours a year.

I think it is about time for a Bill of Rights for customer of Web hosters. At minimum:

I think that's a good start.

Yesterday, I went to visit Electric Cloud, a company that provides a suite of tools for building large applications, including a build manager and a distributed make system. While I was there I met the CEO, John Ousterhout, the designer of Tcl/Tk. He made an interesting observation about large compilations: in visits to customers with large codebases to compile, they had found that C++ code compiled the slowest, next was C, while Java was the fastest mainstream language to compile. The position of C++ does not surprise me, but Java being faster than C did--although, to be honest, I'd never given the matter much thought.

Because this discussion was a branch off the main topic, I didn't get to pursue it further, but Ousterhout did attribute it in passing to the efficiency of Java compilers. Without more info, though, I'm not sure I'm convinced that it's a question of compiler efficiency. I suspect that not needing to generate native code is a big factor, as is the simplified linking step.

I gave a pair of talks today at InfoWorld's Virtualization Executive Forum. One was pure lecture, the other a panel. The lecture (on the variety of uses of virtualization in IT) in particular was well attended. It seems managers correctly sense that there's a lot more you can do with virtualization than desktop code verification and server consolidation. Here are the slides from the lecture. 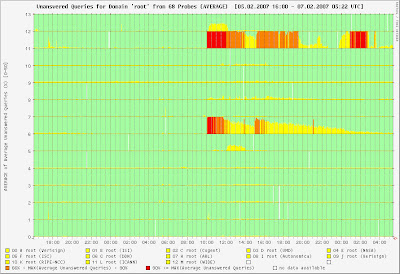